HomeNewsForeign LanguagesLearning French through the Story of Inventions (through the radio) 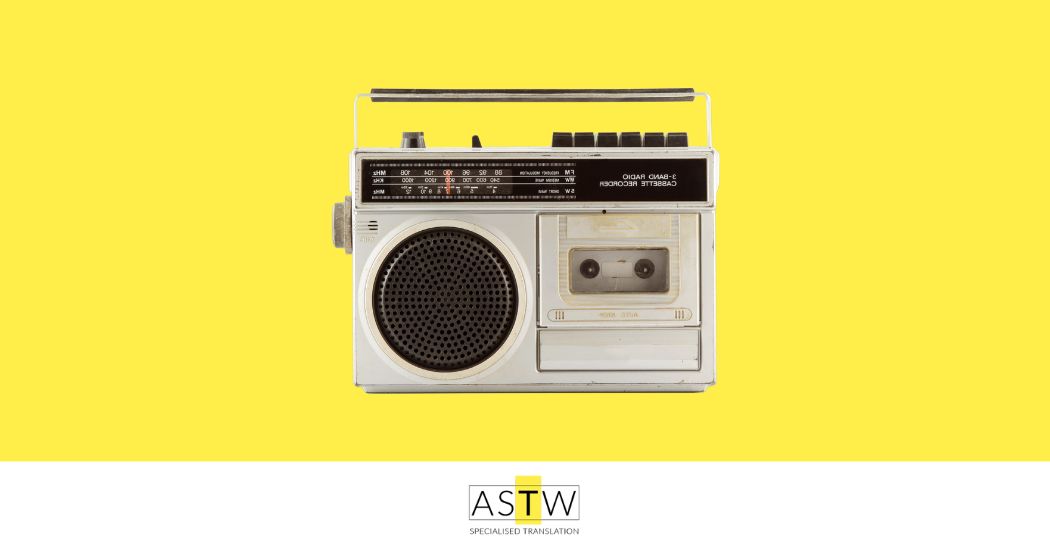 As a foreign language student and, later in life, a foreign language teacher, one of the questions most often asked was “how to get fluent” or “how to understand everything in another language”. In fact, learning a foreign language is hard, depending on how close or how far it is from your own mother tongue. It takes time, a lot of effort, some talent — sure —, years of studying, but, most of all, practise. It is not only about tons of grammar book exercises, they are pretty much important, but practising should be and can be done through entertainment, media. Like learning through the radio, for instance.

When we were young, babies, we never considered, not even once, the difficulties we might face ahead in time. Nor even on the shame we might feel whenever we made mistakes in that language. We just learnt: by repetition, by listening, by trying to listen and repeating. By being fully immersed in that language. We would listen and listen, numerous times, mom saying “mama”, dad saying “daddy”, until we repeated that same word, by ourselves, making their day.

Of course, once we are older, we start getting anxious about making mistakes or not being able to describe, to say something, or to forget a term, bad pronunciation, getting completely frozen while in front of a native. Some of us have had these experiences, which makes expressing in a foreign language even harder, psychologically saying. With this, it is not true the statement “it is all in your head”. We block ourselves, yes, but the language itself may show some harsh features. Take French language as an example.

Learning (French) through the radio

As a Français sur Objectifs Spécifiques teacher, at Universidade Federal de Juiz de Fora, in Brazil, the students would question me if I was able to understand every single word a French native would say. Not only that: they were used to questioning also how and when they would, themselves, be able to understand every single word. Not the gigantic mass of “moumoumou”, as they would describe listening to French. It was indeed harder than today, but at that time, it was already possible: listening to the radio. Here it is, an exercise for the ears that makes your mind, after a while, identify the words from all the “moumoumou” and finally seeing things a little clearer.

Nowadays and thanks to internet and some social media, it got easier to gain access to some information — back in my days, I had to listen, and learning, through the foreign radio on the homepage of that radio. You don’t need to know the exact name of the channel, you just look over for something in “French”. And voilà! With a French student now at home, my Italian husband, who is a radio lover since always, in order to practise his French skills, he listens to the radio. His preferred is this one: Les origines avec David Castello-Lopes.

Together with Depuis quand ça existe?, the section of the programme Historiquement vôtre called Les origines is entertaining, at the same time the audience gets to learn the reason of something, from a linguistic expression to an invention. And a foreign audience gets to practise its French skills, besides some verlan, French slangs. These words like “chelou”, “ouf”, “relou”, that no grammar book will teach. Even because grammar books should have grammar rules. But no one talks like a grammar book.

The efforts of translators, reviewers and interpreters

Let’s think about, for a moment, about all the huge mental effort translators, reviewers, and interpreters must apply when working with languages. Minimum two, but myself, I was used to working with sometimes three or four, counting my own native language. I wish it was like going to the gym and getting fit, but well… back to our subject.

The most interesting part about Les origines is that you learn and improve your skills in French, without even noticing. Plus, you have fun, you laugh, and you get to know how, why, when and by whom something was invented. For example: baby car seats. Ironically, David explains the sièges bébés today are much more equipped than before and that, when invented back in the 1930s, it was invented absolutely not for babies safety. The only goal of the seat was to put the baby in a taller place, so their parents would be able to see it. There were lots of deaths, even of infants, sometimes caused by the baby car seat.

Only in the 1960, kids’ safeness were taken into consideration. And in 1962, an English engineer (Gene Eames) invented the first baby car seat for the sake of the kid’s security. The first laws as well, on the matter, were from the 1960s. With time, it became every time a bit more restricting, a bit more binding: in France, nowadays, baby car seats are mandatory until 10 years of age, and in the USA, even though some states have left at 3, the maximum age, some others took the mandatory age to 8 years.

Learn while having fun

By the way, it is quite difficult to put two, let’s not talk about three baby seats in the car. So, two researchers compared the birthrate where the law is more restrict with where it is less restrict. They noticed a reduction in the number of the babies, mainly in the families where there were already two. No one was looking for the third child, or they would have needed another car. Learning a foreign language can be fun. Going after youtubers who teach a foreign language on the internet can be fun as well, though the discussion remains around two things, generally: language itself and culture from a country or another.

Nevertheless, with Les origines, you get a contact with both language and a bit of culture (the way they refer to each other using “vous”, even though they are talking in a very friendly way). You learn, having fun, about different inventions, from Google Earth to dictionary, from tattoos to condoms, from Frisbee to Baby seats, and how these inventions changed, throughout the time, people’s lives.