Memories of an ex-Translator – Freelance life 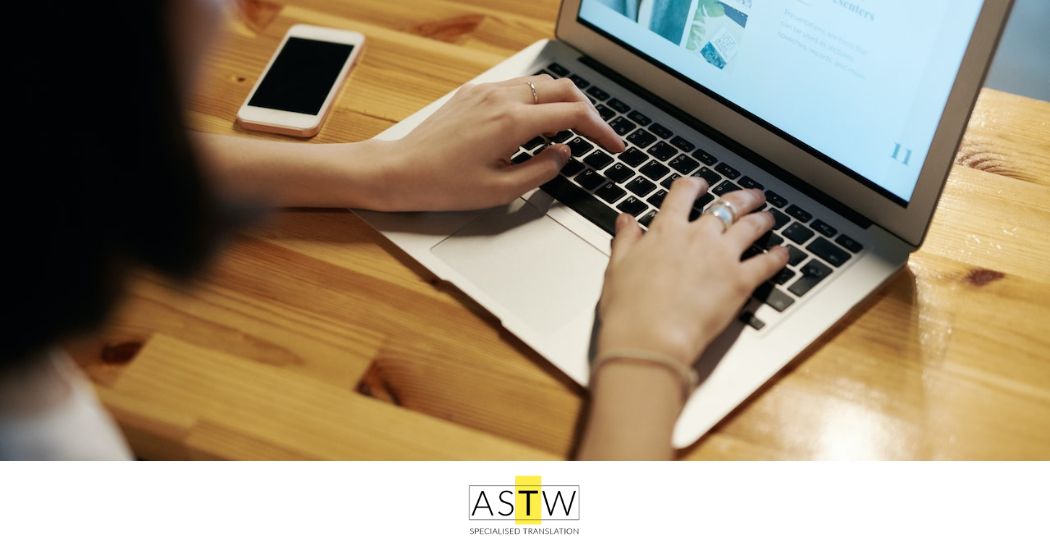 17 years working with languages. 10 of these, working with translation. Two years away from that life, and I miss many bits of my freelance routine: just me, my computer and my cat. Both, CAT tool and CAT animal. It was anything but easy, the freelance (translator) life, as it means most of the time having no financial security, no possibilities of planning your life in the long run. Besides, asking ‘for God’s sake, please, pay me’, to those who would pay much later — sometimes, even after 6 months from the delivery. Writing memoranda to a client, the lack of certainty that payment is coming, it was stressful, but I was doing what I always loved. Was it enough, though?

It is still fresh in my head the first time, when asked ‘what’s your profession’, that I identified myself as a translator. I was not only a foreign languages’ teacher any more. I was a Translator, full-time, 100%! Throughout the funny and the stressful moments, these 10 years translating were somehow educational for me, professionally and personally. There is no way to quantify how much you learnt and discovered about matters we were used to finding ‘pretty annoying’ back in school. Besides the freedom, being a freelancer was like hitting a milestone: you are good at what you do, and you are flexible, more tolerant, seeing the world from different perspectives.

Far from perfection, being a freelancer meant, beyond the lack of savings and any financial safety, living days in isolation. Not bad for me, I kinda liked it. However, I understood it was dangerous for anyone’s mind. In other words, as my mother used to say: ‘no one is an island’.

Life of a Freelance Translator – The Island

Being an ‘island’ was something I was pretty used to. Nonetheless, it is detrimental to our physical and, mainly, mental health. It does not matter if you suffer from any humour disorder, like depression or anxiety. In my specific case, coming to Italy from Brazil was very tough for many reasons, and being around people could have helped me. Integration, though, is out of the range, when you insist in being ‘an island’. The need for human contact is always there. As well as the avoidance of any kind of interaction. Plus being in a foreign country, financially dependent, working as a translator or any other remote job, ten years ago, was classified as ‘a hobby’, not a real job.

Sadly it happens even today, after the pandemic, and everyone experienced what it is like to work from home. Being a translator, freelance: a ‘hobby’. I wonder if we, those who studied languages and became teachers or translators, online, are so devalued, by family, friends, even other co-workers.

This reminds me of a long time ago, in Brazil, where I heard the phrase ‘I don’t know where to send you, but you’re a linguist, you can be placed anywhere’. It might be due to the way those who studied modern languages are seen. After a civil service examination, I was called to take on a role of bilingual secretary, since the examination I did was specifically for that role. We were at this big hall; all the approved candidates were called, entered a small room, received and went out with the information about which department to go. Guess who was the last one to be called? Defined as a ‘jolly’, I would fit anywhere inside the administration part of the University, where I was previously a student.

Knowledge should be valued both vertically and horizontally, in all spaces. However, it is not. Only vertical, linear knowledge is considered successful, as it foresees a rise on some sort of “hierarchy”. Translators, on the other hand, have quite a horizontal knowledge, since you indeed have to be good in at least two languages, mainly the target language, but also on the matter you are translating. You study a lot, you have an extended knowledge, but no recognition. Which might also happen when you are a freelance translator, giving the best you can for a client, or an LSP, working seven days a week.

Just to cover so many of your colleagues freelancers, one who had a problem, another one who was not available, among many reasons. At the end of the month, we were all waiting to be paid. I knew they were going through troubled times, but guess who was the only freelancer who had not been paid?

Lack of recognition, lack of respect, lack of financial stability, lack of human contact. You find yourself at the end of your rope, you tried everything and anything to change your own situation, and nothing seems to improve. Lack of an upgrade in life as it is so far. Part of it, of this never-ending trying, is in fact positive. It means you have not given up. Is it worthy, though? What if you just do what you love to do, what you know that you can do, and be the best at it? Of course, we are not going to work only with what we fully love. Instead, we work with what fulfills us. The silver lining: you may not become a millionaire, a billionaire, but we won’t waste our time.